Showing posts from 2013
Show all

Chia Seeds Can Do Much For Your Health 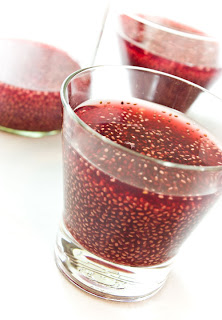 Chia seeds are becoming more popular and are now easily found in the health food section of most grocery stores.   Chia seed is the common name for Salvia Hispanica.  It is a species of a flowering plant in the mint family, native to central and southern Mexico and Guatemala.   Up until now, chia seeds were most known for the popular Christmas gift, the Chia Pet.  The chia seed was spread and sprouted over a terra cotta figure, and would resemble hair or fur in just a few weeks. Constipated individuals should consider the use of chia seeds, as they absorb ten times their weight in water, which forms a bulky gel.  This bulky gel will travel through your digestive system with greater ease, making it less likely to become a hard, unmoving blockage.   Those attempting to lose weight will benefit, as chia seed reduces cravings and may prevent some calorie absorption.  Chia seed will make you feel full as well as provide some hydrating benefit. Chia seeds are a great source of om
Post a Comment
Read more
More posts